Register a account today to become a member! Once signed in, you'll be able to participate on this site by adding your own topics and posts, as well as connect with other members through your own private inbox!

You are using an out of date browser. It may not display this or other websites correctly.
You should upgrade or use an alternative browser. 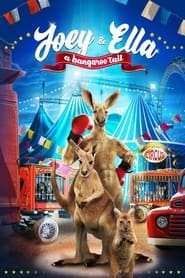 Plot: When a baby kangaroo gets accidentally swept up in a jewelry heist, she becomes separated from her mother for the first time in her young life. Alone and frightened, a worldly teenage girl Ella, who also knows the pain of losing her mother, discovers her and nurses Joey back to health. However, when Joey is falsely implicated in the robbery, Ella has to work quickly to reunite her with her mother before shes either captured by the bumbling jewel thieves or taken into custody by a determined detective hot on their trail.